Jonathan Abrams, “All the Pieces Matter” Get To Essence of “The Wire” 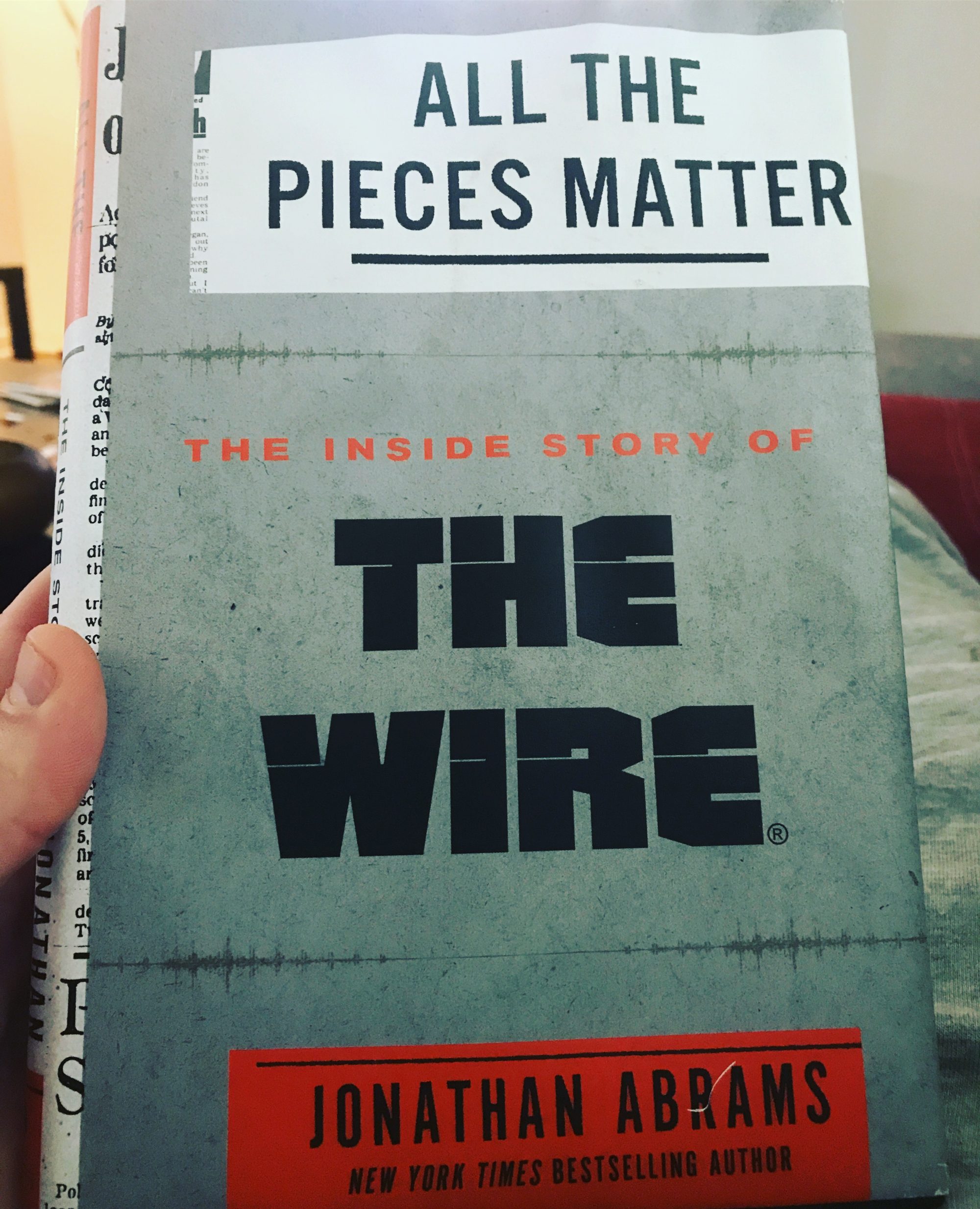 I’m glad Jonathan Abrams did. I wouldn’t know where to begin in writing about The Wire.

But there were three distinct notions that played into my reading of his recent oral history of the iconic series, “All the Pieces Matter: The Inside Story of The Wire.”

Little did I know what I didn’t know.

Far more than sharing stories, “All the Pieces Matter” for me was a deep dive into understanding how a show widely considered among the most influential in television history was so unappreciated during its time. Abrams’s detailed, rangy construction of the “inside story” from first-hand accounts establishes in riveting detail the true genius of The Wire: as radical, revolutionary, even iconoclastic, and well ahead of its time.

Abrams intersperses minimal italicized commentary and some basic facts of the series, but only as context for the discussion at hand. And let’s face it: you’re reading the book because you know the show. (If you’re reading the book but don’t know the show, you should just watch the show, and may generally be doing it wrong.) In that respect, Abrams hits the target with the main audience of Wire fans. The book is thoughtful and wide-ranging, but focused, piecing together viewpoints, opinions and anecdotes with driving clarity. He doesn’t play favorites with popular characters, naturally drawing more from the show’s creators, David Simon, Ed Burns and others, to lead the way.

You’ll certainly enjoy the extensive anecdotes from filming: Fredro Starr’s (Marquise “Bird” Hilton of the Barksdale crew) issues with blunts and hotel rooms was a personal favorite, and the story of gangster and convicted murderer Felicia “Snoop” Pearson’s transition to the film set is in turns chilling and inspiring. Most all of the street scenes in The Wire were shot on location in inner-city Baltimore, a crucial part of the show’s ethos; the blurred lines between the set and the city provided constant intrigue in the re-telling.

What’s most compelling are the territories Abrams explores with all of his subjects: how the show was conceived, written, secured and cast; why it was constantly unsure of its future and what that meant for the people involved; the impact of such a huge collection of unknown black actors in a television series; how certain actors became their roles and in many cases have struggled to move on; and why the show finally garnered its esteemed cultural status.

It’s a tour-de-force of first-hand accounting.

Through that oral history format, Abrams accomplishes a Herculean feat, on an almost meta-level that only became fully clear after reading the entire book and thinking about this review. It’s fundamentally genius in its own right.

By not writing his own editorial, instead constructing the story from a wide range of first-hand viewpoints, he recreates The Wire’s own ethos and approach to storytelling that helped make it so impactful. When you think about it, it’s really the only route to justice to the story of The Wire.

The series dealt in the real and the uncolored. It is famous for not editorializing in a sense, simply “pulling the curtain back.” It was unique because it presented different sides and stories in great detail, without conventional judgment. And it was brilliant how it built all the different pieces into a narrative masterpiece.

Abrams expertly achieves the same dynamic in his book, deconstructing the inside story to reveal the legacy of the iconic production, one quote at a time. Indeed, all the pieces matter.