Where Will They Land: Greg Little

It’s a historic crop of Mississippi guys in the NFL Draft. Our NFL insider ‘Iso’ Joe Simeone takes on the challenge of predicting where the best players will land. Part Five: Ole Miss OT Greg Little

Where Will They Land: Greg Little

It has been a tougher-than-expected journey to the NFL Draft for Little. What started in 2018 as a Top 10 offensive lineman and No. 2 ranked tackle projection (behind Alabama’s Jonah Williams) has turned into a likely Day Two selection. It’s not that unusual for a player like Little to drop, but usually there is a direct reason. For Little, it is hard to pinpoint just one. For starters, Little may have simply been over-ranked initially, going back to his high school days as a five-star mega-recruit. When you dive into his Ole Miss tape you see flashes of greatness, but a lot of technical flaws as well. His NFL Combine performance did not help his cause greatly, as he didn’t display the athleticism scouts were hoping would allay some of the technique concerns. With all of that said, Little had a very successful collegiate career: he was named to the 2018 All-SEC first team, the 2018 All-America second team, and was a finalist for the 2018 Earl Campbell Tyler Rose Award. Making lists like these is not easy or without merit, especially in SEC trench warfare. Little has family ties to the pro game as well: his father played for the Tampa Bay Buccaneers. That does matter. Bottom line, he has good feet, quick hands and was a solid pass blocker at Ole Miss. Little may have fallen down some draft boards but I still expect him to get a solid second-round selection. Let’s take a look!

A team lost. The Jacksonville Jaguars, also known as sacksonville, was on the wrong side of their nickname in 2018. The team looked lost offensively the entire year as they bottomed out from a playoff appearance two seasons ago, and a lot of it came down to their offensive line. They could not rush the ball effectively, as the line couldn’t open up any holes. The pass protection wasn’t any better: the Jags ended the year having surrendered the third most sacks in the NFL. Starting left tackle Cam Robinson’s injury didn’t help the situation, but one player does not make an entire line. The Jags need to fix the line across the board if they want new acquisition Nick Foles to stay upright. While pick No. 38 feels a little early for Little, pick No.69 may be a realistic chance for the Jaguars to get a starting caliber offensive lineman in the third round if Little is there. Fantastic value, and the Jags can get back to playing their game.

Protect the best. Everyone has seen what Tom Brady can do with more than three seconds to throw in the pocket. Aaron Rodgers can do the same. Last year he got precious little help from his offensive line and experienced a down year by Rodgers’ standards. There was a lot of noise made about the state of his wide receivers, but the Pack needs to get back to protecting Rodgers as their first priority. He was injured most of the 2017 season and was battling injuries again last year. The Packers allowed Rodgers to be hit 49 times. If you ask their coach Matt LeFleur I think he would say that’s 49 times too many. The Pack would get a chance to better the ship and lessen that number by grabbing Little in the mid-second round. While he has some technical flaws in his run blocking, he would get a great chance to utilize his dominant pass blocking ability in Green Bay.

Minnesota Vikings: Round 2 Pick No.50

The true fix. This might come as a surprise to some, but apparently throwing millions of dollars at a quarterback does not fix your offensive line issues. In 2017 the Vikings were one of the league’s best teams, advancing to the NFC Championship game after beating the New Orleans Saints on the Minneapolis Miracle. It all seemed to be going so well for the franchise. Then it all came crashing down around them last year, and the offensive line was to blame. Even after adding star quarterback Kirk Cousins to their roster, nothing worked for the guys up front. Cousins was hit 40 times over the course of the year, and the Vikes’ line ranked in the bottom half of the league as a run blocking unit. You can throw any reason you want out there as to why Cousins is not working out in Minnesota. Tell me it’s about his lack of ability to win in prime time. Or maybe it’s the fact that he does not have a competent line that gives him or his backs enough time to make plays. Either way, this is the off-season to figure it out. The Vikings should go with Little here and try to find out what player Cousins really is when he has a fully functional line in front of him.

Desperate for a fix. There is not a team on this list that needs Little more than the Houston Texans. The Texans allowed Deshaun Watson to be sacked a whopping 65 times, good (or bad) enough to lead the league. Not really the area you want to set the pace. The line was not much better run blocking, ranking as the sixth worst team per Football Outsiders. Despite all of that this Texans team is so talented that they clawed their way to the AFC South division championship. But after being bounced by Indianapolis in the opening round it was clear as ever that the Texans need to protect Watson better to take that final step. With consecutive picks late in the second, this is a no-brainer if Little stays on the board. I actually wouldn’t be surprised if the Texans go with offensive lineman with both picks here. It’s a huge issue for the team and priority number one to keep Watson upright and healthy.

Philidelphia Eagles: Round 2 Pick No.57

Replacing a star. The Eagles have had a great offensive line for the last few seasons that has fueled their run, anchored by Lane Johnson and Jason Peters. While both can still play at a high level, they are getting up there: Johnson is 28  and Peters is 37. It sounds like Peters will be back for the final year of his contract through 2019 but after that retirement is likely. Philly needs to replace Peters and also prepare for the chance he gets injured during the year. This one might actually be the best scenario for Little. As I wrote, Little does a lot of things well but still needs a lot of work. Landing on the Eagles will allow him to sit and learn behind two of the best in the game right now. When the time comes, the Eagles will look for Little to take over for Peters and become the new anchor for this offensive line. You can’t ask to be put in a better position to succeed than that. This is a win/win situation for the Eagles and Little. If he falls to pick No.57, Philadelphia should be running to the podium with their ticket.

The Ole Miss star has watched his draft stock fall throughout the off-season. But now the former five-star recruit has something to prove, the proverbial “chip on the shoulder.” I wouldn’t be surprised if he is counting all the teams that pass on him come draft day. Little may have flaws in his game but his potential to become a star is evident. I also believe he has a high floor, meaning even if he doesn’t improve and play like an All-Pro he will be a viable starter for years to come — much like former Rebels tackle Michael Oher. You know what type of player you get with Little, and hope that you can unlock the next level and turn him into a star in the NFL. Although it’s not the first round selection Little would like, he will end up on an NFL team in position to make an impact. He will just have to wait until Day Two to learn the destination.

Previous ‘Where Will They Land’

Where Will They Land: D.K. Metcalf

Where Will They Land: Montez Sweat

Where Will They Land: Johnathan Abram 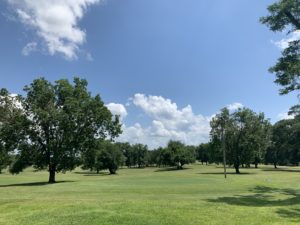